Hello
In this post I will review two leave in products- Giovanni Direct Leave i- and the Aveda Damage remedy leave in.

Oatifix and Ayesha by Lush 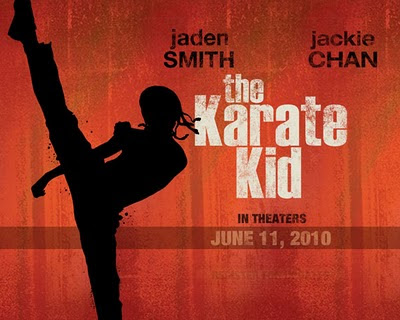 Actor, Ralph Macchi, is best know as Danny- the KARATE Kid. I don't know about you but I have watched all 3 Karate Kid movies in my lifetime and I enjoyed them all. I even watched the not so impressive "The Next Karate Kid" which featured Hilary Swank. So when I heard that yet another Karate Kid movie would hit the market 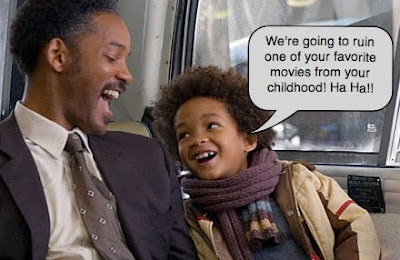 I wasn't sure what to expect. Some people were critical saying that the Karate Kid movie is a classic and shouldn't be touched. Ralph Macchi supporters (all 5 of them) seemed to agree that the Danny character is set in stone and should never be touched again. The picture to the left is one example of what I found online.

I even heard that Ralph himself wasn't too sure about his feelings regarding this next KK installment.While I agree that the Karate Kid is a classic movie I had to see how they would revise this old movie. I went to the theater on Friday night and here are my thoughts........

To Ralph Macchi I say, in the words of Omarion- "YOU JUST GOT SERVED". Yes, Jaden Smith IS the Karate Kid, he didn't just breathe new life into the KK franchise, I may go as far as to say he IS the franchise. Aside from his impressive Karate skills which he has been perfecting since the age of 3, he is a good actor. I think he totally has the crying scenes down way better than his daddy, who has been at this craft for quite some time now ( but that's another story). Ralph Macchi was not a karate kid in real life which is probably why his ending surprise kick in KK1 was no more than a modern day Tae Bo front exercise kick. Fast forward to 2010 and we have little Jaden Smith who was able to put his years of real karate training to work.

Those Smith parents were smart to start the new KK series at a time when Jaden is still young and will grow into this character. I would say they could pump about at least another 2-3 maybe even 4 more KK movies staring Jaden Smith. The story line was not too far from the original but it was different enough that you would remain entertained. Taraji of course played her part well along with Jackie Chan.
I'm not going to spoil the movie for those of you who have yet to see it but I will say that there wasn't a dull point in the film.
Side note- my theater was packed with people from all backgrounds and age groups which was good to see. I know that older ones familiar with the original movie were eager to see this film, little girls certainly packed the theater to get a glimpse of Jaden's cute face, martial artists will certainly enjoy each fight sequence and overall adults will like it too. If you support this film, I doubt you will be disappointed.
Ralph Macchi can always say that he was the original Karate Kid, but Jaden Smith clearly sits atop his theatrical thrown as the new and dare I say the BEST Karate Kid......
Posted by Product Junkie Diva at 4:03 AM 8 comments:

Sorry for the delay my beautiful blogging buddies. I will have new posts before you can blink and eye- ok well maybe I'm exaggerating a bit but I hope to pump out a post tonight!
Bye
PJD
Posted by Product Junkie Diva at 8:21 PM No comments: