Posted by Product Junkie Diva at 10:03 AM No comments:

HI Everyone
Here is my Black Friday Haul video

Hi Everyone
I'm still waiting for the remaining Black Friday items to arrive and then I will do the haul video.
On another note the Komaza Hair Care company is having a year end sale where you can save 20% off your total on Dec. 15th. Use the code YES when you're checking out.
Tarte Cosmetics - their friends and family sale was supposed to end on the 13th of December, today is the 14th and I just used the code FFDEC -IT STILL WORKS so act quickly!!!
Posted by Product Junkie Diva at 7:34 AM No comments:

You could be a Winner... 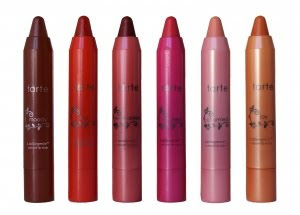 Tonight is a very special night on twitter. Follow the makeup brand Tarte Cosmetics @tartecosmetics from 9-11 pm and you could be a winner. They will be giving makeup to a special winner every 15 minutes ( I believe they said 15 minutes...but some short time span like that).
When you tweet, use the hash tag #tarteparty.
See you online tonight-I hope you win big!
PJD
*picture courtesy of tartecosmetics.com
Posted by Product Junkie Diva at 4:06 PM 3 comments:

Is TV making a comeback?

Hello Everyone
The next product review will either appear tonight or over the weekend, so for now let's engage in a little random chatter.
Is TV making a comeback?
So many trends in fashion, makeup, and hair have proven to be cyclical and now the world of television may be hitting it's own 360 degree mark. I remember a time when television consisted of quality programming, real shows, not scripted reality shows and carefully crafted ad placements. Now say what you want about BET, heck I've said it myself a time or two (or three or four) but the new year may reintroduce viewers to quality shows. BET will bring back The Game, and the network will also kick off the year with a new program entitled "Let's Stay Together". Actor Ron Reaco, who previously worked on the hit show Sister Sister , will appear in a leading role on the show. I heard rumors of Tracee Ross (Joan from Girlfriends) will be getting her own tv show soon, so there is another show that we can possibly look out for. I just need good ol television back, as much as I enjoy some reality tv I just want regular old come home on a Thursday night and watch the Cosby Show & A Different World type of programming. It's coming, maybe :-)
Which shows are you looking out for in 2011?
Posted by Product Junkie Diva at 4:53 AM 2 comments: