Are there any other good movies coming out?
Do you follow anyone interesting on twitter? If so who? (doesn't have to be a famous person). I enjoy the musings of some twitterettes :-).
TV Time
Is anyone out there watching the Real Housewives of D.C? Ted Gibson isn't a main character on the show but every time I see him, I think of what his hair sheets did to my hair...grrrrrrrrrrrr.
Avon certainly gets a great deal of attention from the ladies. :-)
The British woman is rude and I think she is a bitter woman- the end.
Real Housewives of NJ Reunion
I love how these women with so much money have trouble pronouncing the most basic words.... "cleavage", and "women" just to name a few. And for Danielle, it's not an issue of the NJ accent, she really doesn't know when to use women or woman..ummm ok.
I know that many people have learning disabilities but what do you think about Caroline's son? At what point do you speak up, apparently he wasn't getting the services that he needed to deal with his learning disability so he waits until he is kicked out of college before speaking up.....FISHY.
Part one of the reunion revealed a few thing, as much as they try to shun Danielle she sure gets to know their business. When she asked Teresa if she has acknowledged her nephew it sent Teresa up the wall, so there must be a backstory in there somewhere.
What did you think of part 1 of the reunion?
The Jersey/Miami shore?
So Sammie found the letter that Jwow and Snookie left for her. The letter provides details on Ronnie's exploits with other women. After reading the information, Sammie will still go back with Ron, I'm sure of it. Those two meatheads just may be made for each other.
Sidenote- can Sammie wash her face? I'm tired of watching her roll out of bed just to pick her eyes clean and then say "I'm going to put on makeup". WHO DOES THAT???? yuck.
Dancing with the Losers?
A new season of Dancing with the Stars will air soon and I am so sad to report that Brandy will be a member of the cast. Who has Brandy's best interest at heart? I mean she will be fox trotting alongside Mike "The situation" and the mom from the Brady Bunch. Instead of joining that cast she could have just gone to the top of some mountain and screamed "MY CAREER IS OVER PLEASE CONSIDER ME A HAS BEEN". What kind of career move was that? Do another movie, get a tv series (other than reality tv) make a new cd, do something but don't you dare dance with reality tv stars and people who haven't worked as actors since the 50's...lol. Oh well, I still like Brandy anyway....
Top Chef

Who will take home the crown? I sooooo badly want Tiffany to win. *Correction (thanks MMM)-She would be the first monitory to win the show and the second woman to win!
Posted by Product Junkie Diva at 11:20 PM 14 comments:

I was taken- not a spoiler 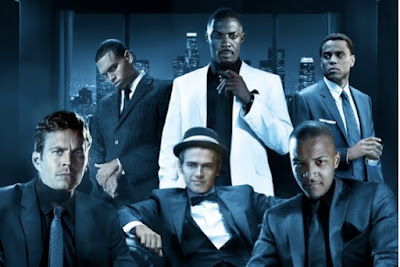 Theater experience
Although I have not checked box office numbers (why do I check this stuff like I'm getting money??????) I am almost certain that the movie, Taken, was the number one movie this weekend. I went to the theater on Friday night and the line was outside of the door and the next two time slots were sold out before I could even make it to the ticket booth. The next viewing time was 12:00 and I just didn't want to wait that long sooooooooo yeah I did it, I paid to see Lottery Ticket #dontJudgeMe.
Lottery Ticket- is exactly what you see on the commercials, I didn't enjoy the experience, it was predictable, and often annoying. The ending was ok I suppose but it just took a while getting through the N word being used so often. ughhhhhh
However, regarding the acting, Bow Wow did well along with the other actors.
Who thought that roof top scene was a bit much??? When Bow's forehead was against his friends forehead I was thinking ummmmmmmmmmmmmm ok stop looking intensely into each others eyes please...no really stop. The acting overall was fine but the storyline itself....yeah i wouldn't be mad if they offered me a refund. Now on to the main attraction.....

TAKEN-NOT A SPOILER
On Sunday I finally got a chance to see Taken, the movie I had been anticipating ever since I glimpsed the commercial with the lead characters walking together with a blown up helicpoter in the background. I recommend this movie to those who like a little action in their films. I was entertained from the first scence right down to the very end.
I heard the director of this movie mention that Chris Brown did the majority of his own stunts and I think he did really well! Idris, Michael, TI, in fact EVERYONE played their parts perfectly. One thing though, I left that theater only remembering the names of about 2-3 of those characters...lol How about you? And could someone have given madame Zoe more lines????? gee whiz.
Michael Ealy doesn't act enough in my opinion, but I enjoyed his acting as usual. Idris has great "swagger", he walks well, and wears a suit like nobody's business.
Do you plan on seeing Takers? If you saw it, what are your thoughts?
Can you see Takers 2 coming out in the future?
Any other good movies coming out this year?
Posted by Product Junkie Diva at 12:58 AM 5 comments:

Videos and other ramblings

Hello Everyone Below you will find two videos, parts 1 & 2 of my haul/ review. In the videos I review the Darcy's Botanicals Lavender shampoo bar and I show my new Chagrin Valley soaps. I also throw in a sneak preview of the Boscia black mask!
After watching the videos check out other things on my mind.

I don't know about you but after watching Kenny AKA the BEAST in the kitchen on the show Top Chef, I was convinced that he was going to be in the final three. My final three dream team would have consisted of Angelo, Kenny and Tiffany.
Then all of a sudden things started to crumble, when Kenny thought he had a good dish, the judges quickly found faults. I think they were beginning to get annoyed at his level of confidence, what do you think? Was Kenny's "I'm a BEAST in the Kitchen" attitude too much for the judges to stomach? If he had pretended to be a bit more accepting of their criticisms do you think he would still be around?
Oh and for Tim, the guy who was in the contest cooking his heart out for his wife who had died...didn't it seem like he wasn't the best chef? Poor guy, I liked him though.
Who thinks Alex did steal Ed's pea puree? Raises hand!!!!!!!!
Who thinks Ed secretly likes Tiffany? Raises hand again.
Who thinks Angelo was somewhat into Tamesha? Raises hand then puts it down quickly...I'm not sure if Angelo was just trying to get her off of her game or if he really felt as much towards her as he had implied.
The Jersey Shore
The geniuses of the Jersey shore are now in Miami. Why oh why do I tune in to see these buffoons? I don't have an answer for that but for some reason, their rude behavior, elementary school jokes and stereotypical behavior makes me tune in each week. I'm ashamed to say it but it's true..lol.
Who agrees that all of the guys in the house are grenades? RAISES HAND...lol
For some reason Ronnie wants to hurt Sam as much as he was hurt by whatever went on between them off camera. He is not the fist pumping fool we watched last season. Now Ronnie is the guy who boozes it up whenever possible and tries to hold on to Sammy while connecting with other women in Miami.
I also think Jwow has not one good intention in her silicone filled body. I don't think she is writing that letter with Snookie in an attempt to warn Sammy about her relationship with Ron. Instead, I th

ink Jwow is ready to see fireworks fly when Sammy eventually reads that anonymous letter that will reveal all of Ronnie's vile actions.
Later in the seasons it looks like there will be throw down between Jenny and Sammy....don't know about you but I'll be watching.
Essence.com
I've been reading Essence magazine for many years now and despite what others have to say, I still eagerly await my issue. If I were ever to be featured in Essence I would certainly be a happy camper. When Essence told the world that they would begin updating their site, Essence.com daily, boy was I happy. During my free time that was definitely one of the sites that I would check out and then it happened. Error after error after error would appear on their site. Now if you click back on my previous posts you are sure to find some things that can be cleaned up but this blog isn't my job in any way. However, the people of Essence.com do this for a livinggggggggggg. I am not as picky as some people but some of the mistakes that I have seen were just downright careless, as if no one took the time to simply read the text. With all of the mistakes that I had seen I was certain that Essence had hired Fantasia as their chief editor (I'm just saying) but alas this recent Essence mag. revealed the glowing faces behind the Essence.com postings and Fantasia was nowhere in sight.
The other thing that I noticed is that some of the comments from the writers had become a bit snarky. I remember seeing an unfavorable comment referencing Gabby S.'s weight and another on Chris Brown's BET Breakdown. I just remember Essence being a impartial voice that would state the facts and let the readers go at it but now things have changed.
Also some of the articles on Essence.com are just DUMB....really dumb (Antwon Dodson..lol sorry I had to do it).
Do you still read Essence mag or Essence.com?
Completely unrelated- I love China Glaze nail polish, it has a hardener and it lasts for a long time. hooray.
Posted by Product Junkie Diva at 2:57 PM 7 comments:

Hey Everyone
I'm away for a bit unfortunately I didn't bring my connection for my camera so I can't upload my footage. I have a portion of a video saved on this computer but I need to check to see if it is complete, if so, I will certainly upload it.
See you soon.
PJD
Posted by Product Junkie Diva at 12:22 PM No comments: