Random items and The Brown Invasion

Hi Everyone
First up is a post featuring some random items that I purchased.


The Brown Invasion
I have never been opposed to the idea of seeing more people of color on television. In fact I've been saying for quite some time that we need more variety on television. As those words left my lips a crop of reality shows appeared on the scene. Let's just take a look at the list:

I feel like I'm forgetting a show or two but maybe this is it. Although I am happy that there is a bit more diversity on the tube, why oh why does it all have to come in the form of a reality show, that just grinds my gears.
So have you been sucked in to watching any of these shows? I have only seen one or two episodes of the Joneses and I have to admit, I enjoy watching wealthy mature people of color doing things for the community and their families with no cat fights!!! It's not the most entertaining show I've ever seen but I like looking at the clothing and learning more about how this woman (sorry I forgot her last name) is building her magazine.
Tiny and Toya- other than the fact that I sometimes need a translator, these ladies have continued on the path they started on last season. Tiny is trying to keep her family unit strong, and open a nail salon all while dealing with her father's Alzheimer's disease. Toya is working to rehabilitate her drug addict mother while housing her no good older brother who is ready to become a rapper. SIGH Oh yeah and she will be preparing her daughter to deal with her father's incarceration which is going on right now.
Model City-I have never seen men so catty while thinking they are oh so hard...LOL cracks me up every time. One model needs anger management, another is in dire need of dental work while the others have their own issues to contend with.
Brandy and Ray J- I've always like Brandy so it's good to see her on television even if it is a reality show. The last reality show that featured Brandy was way back when she was pregnant with her daughter. Ray J is an immature mess just as I had suspected. Their mom coddles Ray and the dad encourages his whorish behavior. Son I was just like you when I was your age... ummm ok so does that make everything ok???? Their dad gave Ray some advice during the last episode and he said something like this- when love hits you, you can't help but stop (something like that). He then explained that then he met their mom he was so in love that he was able to put his bad lady loving behavior behind him, then he said so son that's what will happen to you and even if you STRAY you will always go back to love...HUHHHH? Is he admitting some infidelity? Who knows but they need to put lil Willie Ray in check. When a woman asks Ray to explain his behavior it's like that's his cue to say "I don't know, I'm just so confused" followed by his large brown puppy dog eyes....Grow up Ray. I still like the show though..lol
What Chilli Wants- She has a list of things that she wants in a man, and I'm all for having standards but I think her list may reveal her controlling nature. She doesn't want a man who eats pork because she thinks it's nasty and she doesn't eat it. I think she may be missing out on a good man if she throws him out because he likes a little bacon here and there. I could totally understand if she had this rule for religious reasons but that doesn't seem to be the case here. What is a man were as disgusted with her enjoyment of meat as she is of a man's enjoyment of pork.....
She said she wants a man who is GORGEOUS yet she dated old flat face Usher, buck tooth Dallas and she is interested in Squinty eyed Floy Mayweather. Besides being no taller than an unlit match stick, the only thing these guys have in common is money. Chilli is certainly entitled to have her own standard of beauty but good grief her past lovers are a mess.
I typed something on all of these shows and BLOGGER destroyed my post, sorry I dont have the strength to retype it all now....I will get back to you all later.
What do you think of these shows? What are you watching on the tube?
Posted by Product Junkie Diva at 9:57 AM 7 comments:

A cure for lifeless hair?

Hello Everyone
This is my review of Emami Hair life packs.

Posted by Product Junkie Diva at 4:57 PM No comments:

At the movies- Why Did I get Married Too? 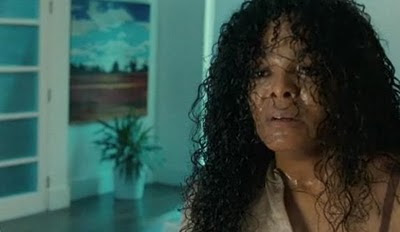 So did you see Why Did I Get Married Too? I saw it on Friday and I was very excited to see this highly anticipated film. I was thrilled that all of the old characters were back in action! However the movie was a bit slow in the beginning for me, how was it for you? I think the whole section in the Bahamas was great just for the scenery alone but the storyline didn't really pick up until they were leaving the island. However the REAL action began stateside. There were two major twists in the film (maybe three), one of which I saw coming a mile away (Mike).
I feel like this movie was certainly left in a place where a third film could be created but I almost hope that doesn't happen.
I don't want to spoil it in this post for those who have yet to see the film but I give this project
4 out of 5 stars.
I wasn't really MOVED but the film had moments that were well developed.
I did get a good laugh in from the audience as people sucked their teeth and yelled at the screen when Janet FORCED everyone to get along....that scene was made for giggles because it was just too unnatural.
Also the way Tyler worked the name of the movie into the script was a bit clumsy. Overall I still support Tyler and I think the film was a good one.
So what did you think?
Warning comment section may spoil it for those who have not seen the film yet.
Movie Theater Etiquette
I was the last member of my party to enter the crowded theater because I had to stop for snacks :-). When I entered our row, I noticed that a seat had been skipped so I was going to sit there but I was told that I may not want to sit there. My buddy used her eyes to direct my attention to the cute little boy in the row directly in front of me. Hummm I thought, perhaps this is a mischievous fellow and they saw him display some less than movie friendly behavior. I took her advice and moved to the next seat, it was still close to the boy but not directly in back of him. Then it happened, the boy jumped out of his seat and began yelling and it was then that I saw the string connecting the boy to his aunt's arm. She calmed him down and all was well until the movie began. He had quite a few outbursts and I was pleased that no one in the theater said or did anything to hurt the feelings of the young boy but at the same time it was very disruptive.
Out of nowhere the young boy, who was probably 8 years old had an outburst during one of the important scenes which caused someone in the audience to say "COME ON NOW" I think that was directed more at the aunt than the little boy. The woman seemed really nice and pleasant so she did her best to control the child. I was able to ignore most of his releases except for one, the one that came out of his rear end. The boy began relieving himself (and I'm not talking about a release of urine) and the scent just hit me like a thousand bricks. She had to have smelled it since I did along with my party- that frustrated me because, that if nothing else was about to ruin my movie experience. It was rude of her to leave in him there so long 1) for sanitary reasons and 2) because no one else in the theater deserved that experience.
She eventually took him out of the theater and she didn't come back. When we left the theater we saw her outside waiting so was she planning on going back in to watch it again from the beginning and ruin it for more people??? It's her nephew and I don't know if she has total custody or not but couldn't she have gone another day or left him with another family member? I don't know, maybe my thoughts are selfish but I feel like she was selfish too......ok just venting.
What would you have done? The only option was to move to the very first row which I HATE with a passion.....
Posted by Product Junkie Diva at 8:40 AM 11 comments: