Hello
The video basically shows how the winner was selected. If you don't want to watch it, the winner is BrendaAgape. If I don't hear from her within 3 days I will pass the prize along to another winner.
thanks for watching.

Posted by Product Junkie Diva at 9:45 PM No comments:

Review and a Haul,New movie alert and giveaway reminder

HI please check out my video of my review of the Boscia Black mask. I also show two mini hauls from Body cake and B'Cause It's Mimi.


In the Theater
Have you seen the trailer for the latest Tyler Perry Flick entitled "For Colored Girls"?
I have never read the book nor have I seen any of the plays based on the book but I am looking forward to seeing this film. Check out the star studded cast.....this could be AMAZING!


Please check out my giveaway in the post below.- thanks
Posted by Product Junkie Diva at 12:34 AM 6 comments: 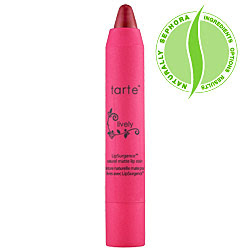 Hey Everyone
Tarte is celebrating 10 years in the business this coming fall and they have new products hitting the shelves. One product that you may want to check out is the paraben- free Lipsergence Matte lipstain which I review in the video below. It's supposed to make your lips have 6000% more moisture after using the product for 28 days. I am giving away one of these lip products which I received from Tarte. Tarte sent the product to me me free of charge and with no strings attached :-) Thanks Tarte!!!Please check out the video!!!!

*The first picture is courtesy of sephora.com.
Posted by Product Junkie Diva at 8:38 PM 6 comments:

Its a Slice, Turkish Delight And Jersey Hoodrats

The Cake Beauty body wash is made for the SKIP IT files!!!
On the Tube
Did you watch the Reunion of the Jersey Hoodrats Housewives?
Through this whole season I have become increasingly annoyed with Jacqueline. She has zero control over her daughter who constantly disrespects her and then she tries to defend her daughter's dumb actions.
I really don't like any of the women on the show but they are entertaining. Teresa was trying to downplay her financial woes, but clearly she is in deep! I secretly think she made Dina the godmother of her kid because she wanted some connection to that family. Why does everyone try to hang on to Caroline's family like they are the IT family in Franklin Lakes?
Caroline just knows she is the head chick in town and she is sooooo NOT. I need Caroline to have a seat, to me she is dry and boring...I don't care that your kids have grown up and you feel somewhat lost...get a job or clean your huge house..just don't appear on tv anymore.
Danielle is the nut job of the century who hopefully won't make her kids nutty too. She is needy, pushy and a fruit cake. I will forever be haunted by that dancing scene that she did where she stretched out her leg and then said "and then suggest". If you watched the season, you probably vomited right along with me.
Anywhooo on the reunion show all of the women were against Danielle and tried to call her on her lies but in the end they made peace #kanyeshrug.
Well all except for dried up Caroline, who seems to think she looks good in the color blue...ummm no you don't dear.
When Jacqueline decided to squash the issues that she had with Danielle, all of a sudden Teresa decides to chime in by saying that she was never trying to take Danielle down. Ummm ok this was a moment between Jaqueline and Danielle so no need to start pouring our your hear Teresa because no one asked you and Danielle wasn't even looking your way. I think teresa will go any way the wind blows and if the clan starts talking to Danielle so will she. These are grown women who can't seem to think for themselves (except for Caroline and Jacqueline for a VERY brief moment).
I heard that Danielle won't be back next season because she wants her own spin off show, and with all of her crazy antics she will probably get it.
Oh and I just have to talk about Ashley (Jacquline's daughter) for a minute- I think she feels the need to be accepted by the Manzo (sp) family. I think a part of Ashley feels as if she was never really IN the family even though her step dad treats her as if she were his own. I notice that she listens to her cousin, and aunts more than her own mother. Shoot, even her boyfriend has more pull over her than her mother does. I also think she has a bit of low self esteem.
For Teresa, I think the Countess from Housewives of NY said it best when she said "Money Can't Buy You Class".
OHHHH and how could I forget about Kim G who we learned is related to the other Kim (the store owner who danielle felt betrayed her). Since both ladies seem like snakes, it's almost fitting that they are related through marriage. I don't care for Kim G and I agree with Danielle that it seemed like Kim G wanted air time and attention from the Manzos- pathetic.
What did you think of the reunion?
Top Chef
Now we are down to the final three and the final woman has been ousted from the cast. Now we have the boys club in full swing with Kevin, Angelo and Ed. As I mentioned in a previous post, I want Ed to win- who do you want to win Top Chef?
Posted by Product Junkie Diva at 1:15 AM 2 comments:

A mini haul and Cake Beauty

HI
This is my review of the Cake Beauty Body Scrub. I will also show you my latest Bee Mine purchases.
Posted by Product Junkie Diva at 9:54 PM 3 comments:

I just found out that Pooka Pure and Simple )pookapureandsimple.com) is having a sale that lasts for only 1/2 hour tonight from 8-8:30. They are selling their body polishes for $10.00, the scrubs usually sell for $20.00.
Also Brown Butter Beauty is having a sale over at her new site (not the etsy store so click the link). If you use the code LABORDAY you get 15% off.
I'm going to get mine...byeeeeeeee
Posted by Product Junkie Diva at 8:04 PM No comments:

By now, you have seen the countless ads featuring some variation of the original Covergirl lash blast mascara. When I was walking through Walgreens, I stumbled upon another child of momma lash blast. This new mascara is the Lash Blast Fusion (it said new on the label but I'm not sure how long this has been out). This mascara is supposed to give you the best of both worlds, length and volume. It's the same chubby tube and wand but would the formula really give me something to sing about?

Check out my nude lashes:

The following pictures feature my lashes with just one coat of this lash blast fusion.

I was smiling in the first pic.

I don't know about you, but I certainly see a difference in my lashes. I don't use more than one coat of mascara when I do use it, so my test of whether or not a mascara works is based on my results after 1 coat. The lash blast fusion separated and lengthened my lashes with no clumping. It's so wearable because I have touched my lashes countless times and I experienced no flaking! It doesn't say that this is a waterproof mascara but it holds up pretty well against water too.

Now for those who LOVE heavy volume, this may not give you exactly what you need with just one coat, so you may need to smack on a few layers. For $8.50 at your local convenience store, this product is worth the money.

Have you tried this mascara, if so what are your thoughts? 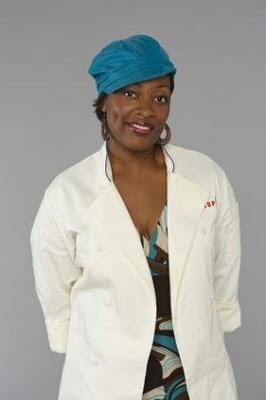 The verdict is in, the judges have ruled and Tiffany is out.
When Angelo, another Top Chef contestant, was ready to pick food off of the ground and tried to encourage his fellow cast mate to use the food, I knew I didn't want him to win- yuck. I also new I would never visit his Brooklyn based sandwich shop.
Now I want Ed to bring it home and win top chef.

Who do you want to see as the next Top Chef?

Posted by Product Junkie Diva at 12:43 AM No comments: